New Jersey – A male employee, Patrick “PJ” Leonard, working for the city of Bayonne, NJ has filed a lawsuit in Hudson County Superior Court against the city alleging that he experienced workplace retaliation as a result of whistleblowing. Whistleblowing occurs when an employee offers information regarding workplace misconduct or unethical behavior behind closed doors. 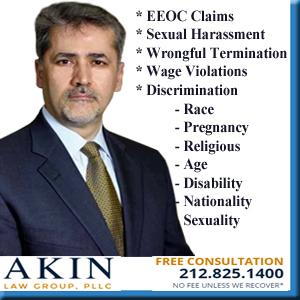 In 2014, Leonard aided Jimmy Davis, Mayor of Bayonne, with his political campaign. He reportedly worked as a rank and file clerk, and agreed to a yearly salary of $50,000 for "constituent services." Leonard said he received a $35,000 salary, while female employees with similar positions and less experience received $50,000. Prior to filing a lawsuit against the city, Leonard revealed another alleged unscrupulous workplace activity during a city council meeting that involved issuing “illegal health benefits” to multiple council representatives. The distribution of “illegal benefits” was confirmed at a later date. He also addressed gender discrimination, claiming city favored younger female employees, especially with compensation. Leonard admitted that it is partially true that he’s reporting the city’s misconduct, since he didn’t received the annual salary he agree to with Mayor Davis. The other part reflects the workplace retaliation he faced. Leonard claims the city transferred his workspace to a “standalone abandoned trailer" located on a remote road. The working conditions declined severely and access to restrooms and walkways were allegedly absent. The retaliation also included a “retaliatory charade” where the city used over $30k of the finances accumulated from taxpayers to confirm Leonard use profanity at work through a hired law firm. According to the lawsuit, Leonard said he experienced age discrimination and disability discrimination based on a non-disclosed mental disability. At the present time, Leonard is seeking monetary damages totaling nearly $800k, a personnel file free from impediments, an authorized professional reference letter from the Mayor, and a non-retaliation agreement issued by the city. Currently the plaintiff, and defendants named in the lawsuit have refrained commenting on the allegations while the lawsuit is pending.

The whistleblower statute, New Jersey Conscientious Employee Protection Act, protects employees that engaged in whistleblowing from wrongful termination and workplace retaliation including “demotions or transfers.” As Leonard’s lawsuit proceeds, the jury will be able to determine if the city violated the NJ Whistleblower Law by transferring Leonard to a new workspace as a form of retaliation. It is very common for work environments to become disturb and defensive once an individual brings light to one's wrongdoings. Although it is strongly recommended that individuals in the workplace comply with law to prevent lawsuits, people of power or in managerial positions tend to follow their own rules. As an employee, you should never be afraid seek help from a New Jersey employment law attorney.