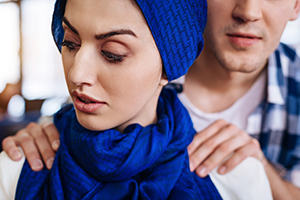 Quid pro quo is a Latin / Legal term which means that you must do something to get something in return. Quid pro quo sexual harassment occurs when an employee’s hiring, compensation, benefits, promotions, continued employment or treatment at the job become contingent on his or her participation in sexual acts. Usually, the individual who demands these sexual favors is an employer (business owner), a supervisor (who has the ability to make the employees life on the job easier or more difficult), or even a co-worker (who may be willing to do favors for the victim). Having a direct impact on the employee, quid pro quo sexual harassment is often extreme and has lasting emotional and psychological effects on the victims. Even if an employee has (through coercion or otherwise) agreed to or has already performed any of these sexual acts, the harm that has already been instilled is still illegal and may allow the employee to make a recovery.

Cases of sexual harassment resulting from demand for sex include those in which:

What are examples of quid pro quo sexual harassment in the Workplace?

What evidence must a victim present in order to have a successful claim?

In order to prove a quid pro quo sexual harassment claim, a victim must provide evidence to prove the following:

If you believe that you can provide evidence to prove these components, you may be able to successfully claim quid pro quo harassment. Contact a sexual harassment lawyer right away to discuss the details of your case.

Employers are usually held liable for cases of quid pro quo sexual harassment, because supervisors, managers, or other individuals with power to make employment decisions are considered as agents acting on the behalf of their employers.

Will employers be ordered to pay punitive damages?

If an employer has been found liable for a supervisor’ sexual misconduct, there will usually be punitive damages assessed against the employer in addition to compensatory damages unless the employer can prove that:

It is illegal to retaliate against an employee who files a complaint?

Many individuals who face quid pro quo sexual harassment in the workplace are reluctant to contact a lawyer. Because their harassers are generally individuals who are able to make tangible employment decisions, they fear that they will be retaliated against if they complain.

If you have faced quid pro quo harassment in the workplace, you should know that you are legally protected from all forms of retaliation after you have made your complaint. Even if an investigation finds no evidence that harassment occurred, you will remain legally protected from retaliation. Employers who retaliate against individuals who file complaints about illegal workplace practices are violating the law.

Why should you consider contacting a lawyer?

To begin with, the Akin Law Group will provide you an initial consultation that is FREE of charge and absolutely confidential. In addition, you may forever lose some of your rights if you don’t have an attorney protecting you while your employer will most certainly have an attorney working for and protecting the Company.

Sexual harassment may have long lasting effects on you and your family. As such, you should consider legal action as a means of recovering what has been taken from you and what you and your family deserve to recovery; the recovery may include compensatory damages for emotional distress, medical expenses, lost wages, lost opportunities, back pay, future economic loss in addition to attorneys’ fees and punitive damages. Additionally, you may be allowed to resume working at your former position if you faced retaliatory discharge. There is no reason why you should forgo compensation for the loss that you were made to suffer.

The importance of timely action cannot be stressed strong enough. Simply stated, if you hesitate for too long, you may lose your chance to recover damages for the sexual harassment that you have endured or may weaken your case. Sexual harassment claims are time-barred; the New York City Commission on Human Rights, for example, requires that complaints be filed within one year of the last alleged act of harassment. In addition, with the passage of time, memories may phase out, important witnesses may disappear, and important documents (e-mails, text messages etc.) may be erased.

The Akin Law Group: Attorneys serving victims of Sexual Harassment in New York and New Jersey for over 24 years

If you feel that you have been treated unfairly for refusing to engage in sexual acts (regardless of whether the request is explicit or implicit) or, if you have been passed over for a promotion that was given to someone who is sexually engaged with a supervisor, or have otherwise been asked to perform sexual acts by people at your job (regardless of whether you already engaged in these sexual acts), contact the New York and New Jersey employment law firm Akin Law Group, PLLC immediately at 212-825-1400 for a free and confidential consultation. Our sexual harassment attorneys are passionate about protecting employees’ rights and are here to help you recover for the loss that you have sustained. The Akin Law Group is conveniently located on Broadway, in the financial district (NYC / Manhattan).