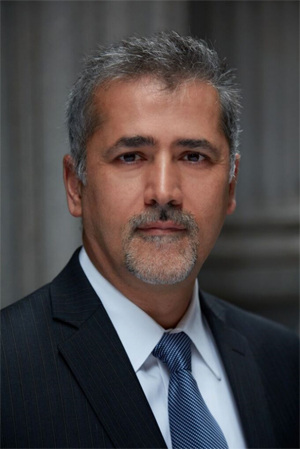 Zafer Akin, the Sexual Harassment, Employment Discrimination and Hostile Work Environment Attorney and the managing partner of the Akin Law Group, who was listed as one of the Top Lawyers in New York by the Legal Network for 2013 and 2014, has been selected to Super Lawyers / New York Metro for five years in a row, (for the years 2014, 2015, 2016,  2017 and 2018) as an attorney who has attained a high-degree of peer recognition and professional achievement.

Prior to being recognized by the Legal Network and Super Lawyers, on April 22, 2004 Employment Discrimination Attorney Akin had received recognition from the Association of Trial Lawyers of America–New Jersey for the generous services and free legal representation of New Jersey families and victims of September 11, 2001.  In addition, on June 30, 2005, he received a Certificate of Appreciation for Extraordinary Service for serving as part of the New York State Trial Lawyers’ Cares Team, which aided over 1,700 victims’ families.

Many employees that faced discrimination at their job because of their sex, sexual orientation, race, religion, color, creed, age, disability, pregnancy, etc., especially those that were terminated and no longer have a source of income, often ask: what is the cost of consultation for sexual harassment? / what is the cost of consultation for employment discrimination?  Being cognizant of the difficulties faced by an employee that was wrongfully terminated and denied a source of income, Mr. Akin (and the other experienced Employment Discrimination lawyers and Sexual Harassment lawyers at the Akin Law Group always provides the initial consultation free of any cost or charge.

These wrongfully terminated employees, often facing financial strains, want to know: will you represent me on a contingency? / do you provide a contingency fee arrangement?  Employment Attorney Akin, having dedicating his life to pursuing justice for the mistreated worker, represents most clients on a strict Contingency basis where you will not be charged any fee unless we can make a recovery for you.

There are other’s that have been exposed to a hostile work environment, that have and continue to be sexually harassed that ask: can you keep my consultation private? / will my complaint be kept confidential? All Consultations with Employment Discrimination attorney Akin will be kept strictly confidential adhering to the attorney-client privilege, even when our Firm is not retained.

We are also asked by some individuals making a claim based on the Family Medical Leave Act (FMLA) and others wishing to file a claim with the Equal Employment Opportunity Commission (EEOC), how long will an employment discrimination claim take?  There is no short or standard answer to such a question. Although we are able to settle and resolve some of the claims early on, within a few months, especially with EEOC Mediation, other claims need to be litigated in Court and can take several years before a final resolution is reached.  How quickly a claim is resolved often depends on the strength of the case and the willingness of the employer to seek an expeditious resolution.

Other clients, especially those that have been sexually harassed at work by a high ranking manger, a relative of the owner, or even the owner himself have asked: will I face retaliation for making a sexual harassment complaint?  Although no attorney can prevent your boss from retaliating, most competent counsel representing the employer will advise them not to retaliate since retaliation would expose the company and the assailant committing the sexual harassment to further liability.

Lastly, another question often asked is: Should I consult with an attorney if I am being harassed at work? or should I talk to an attorney if I’m being discriminated at work? Most employers have attorneys and special trained HR (Human Resources Administrators) working for them to protect the interest of the company; with these types of professionals on their side, your employer may be able to get away with discriminating, sexually harassing or even retaliating against you unless you have an employment discrimination attorney, an attorney that understands sexual harassment and/or an attorney that can protect you against a hostile work environment on your side.  Without an experienced employment attorney, like Mr. Akin on your side, your boss can deprive you, especially if you are facing this type of discrimination and harassment for the first time, of the recovery that you deserve.  With that in mind, we advise all employees that have been subjected to a Hostile Work Environment, those that have been asked to perform sexual acts (Quid Pro Quo sexual harassment), and those that have been Discriminated at work, to contact Mr. Akin or one of the other Employment Discrimination Attorneys at the Akin Law Group as soon as possible. As a novice victim of employment discrimination or sexual harassment, the sooner you consult with one of the attorneys at the Akin Law Group, the sooner we can start to protect your interest. To assist the workers that are the ones in need of protection, the initial consultation is always free of charge regardless of whether the firm is retained.

In addition to representing employees that have been forced to work in a Hostile Work Environment, Mr. Akin also represents victims of Wage and Hour Violations.  Many workers are been illegally paid an hourly salary below the minim-wage (currently $10.50 per hour in New York (with a number of exceptions) and $8.44 per hour in New Jersey) while others are being denied overtime pay (which is 1.5 times the regular hourly rate) despite working in excess of 40 hours per week.  In addition, employees in New York are also entitled to Spread of Hours pay equal to the one hour of minimum wage pay in any day where the time work commences and the time work ends (regardless of the breaks taken) exceeds 10 hours.  We often see Wage and Hour Violation in the Service Sector with many restaurants paying workers off-the books, paying workers below the minimum wage in cash or paying waiters and bussers only in tips.

Despite the Fair Labor Standards Act (FLSA), the Wage Theft Prevention Act and the Minimum Wage Laws of New Yorkand the Minimum Wage Laws of New Jersey, many employers continue paying workers and employees less than the minimum wage and continue to deny employees and worker overtime pay. In these wages and hour violation cases, the Minimum Wage and Overtime attorney Akin will represent the employee and worker without charging them any fee; the representation will be free of charge for the employee since all expenses and fees, including attorneys fees, will be paid by the employer, independent and separate from the amount paid to the employee.  Hence, you as an employees have absolutely nothing to lose by consulting with one of the wage and hour attorneys at the Akin Law Group.