MINIMUM WAGE, OVERTIME ATTORNEYS FIGHTING FOR YOU AND YOUR FAMILY

Handling cases involving wage & hour laws throughout NY and NJ, we represent employees that have been paid less than what the law requires 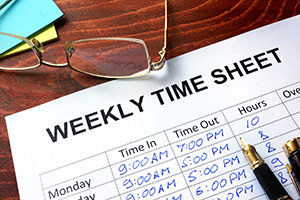 The Federal Fair Labor Standards Act of 1938 (29 U.S. Code § 206 – 2016)(FLSA), the New York Labor Law (Article 19, NYLL § 650 et al.)(NYLL) and the New Jersey Wage and Hour Laws (N.J.S.A. §§ 34:11-56 et al.) provide that “[e]very employer shall pay to each of his employees” a Minimum Wage. In addition, these statutes provide that any employee that works in excess of 40 hours in a given work week must be paid compensation that is not less than one-half times their regular earnings as Over-Time Pay (OT). As such, if you are not paid the minimum wage (as explained below) or are not paid Overtime Pay when you work in excess of 40 hours in a given week, you should immediately contact the Akin Law Group.

New York is a bit more complicated depending on the County of employment.

If you worked for any employer in New York or New Jersey employer during this time perido and were not paid the minimum rate as indicated above, you have a right to recover. The statute of limitations for New York and New Jersey is 6 years. In other words, you can make a claim for being paid less than the minimum wage going back 6 years (back to 2015).

The wage and hour laws in New York and New Jersey are complicated and require an attorney that is well versed in this field of practice. Not only do employees not really understand what they are supposed to be paid, most employers are also confused.

If you believe you are or were paid less than the minimum wage or are denied overtime pay in New York or New Jersey for the past 6 years, our attorneys at the Akin Law Group are here to assist you.  Call for your FREE consultation (absolutely no fee charged for consultation). 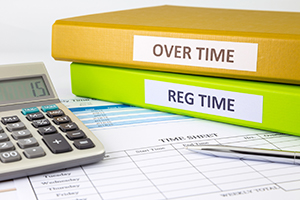 Although New York Labor Law is a statute similar to the federal Fair Labor Standards Act (FLSA) and New Jersey Labor Law, New York has an additional requirement known as the “spread of hours” provision which allows an employee to recover an extra hour’s worth of pay at the minimum wage for each day that an employee works in excess of 10 hours. For example, an employee earning $15.00 per hour that reports to work from 8:00 am to 1:00 pm and is required to take a break from 1:00 to 2:00 pm, only to continue working from 2:00 pm to 7:00 pm has only worked 10 hours, but has worked those 10 hours in a spread of 11 hour time frame. As such, this employee must be paid an additional amount of $15.00 for that day.  If you work more than 10 hours in any given day and you are not paid an extra hours pay, contact the Akin Law Group.

Under New York labor laws, every person employed shall be allowed at least thirty (30) minutes for the noonday meal. The noonday (12:00 p.m.) meal period is recognized as extending from eleven o’clock in the morning (11:00 a.m.) to two o’clock in the afternoon (2:00 p.m.). An employee who works a shift of more than six (6) hours which extends over the noonday (12:00 p.m.) meal period is entitled to at least thirty (30) minutes off within that period for the meal period.

Both in New York and New Jersey, all employees must be provided with 40.00 hours of paid sick leave per year, which accrues at a rate of 1 hour for every 30 hours worked. Employees that have worked 1,200 hours have already accrued all 5 days (40 hours) of sick leave to which they are entitled. An employer may not accrue the sick leave on a monthly or weekly basis.  To avoid confusions, many employers will simply allow employees to use all of their sick leave as of the beginning of the year.

In New York City all employees that work in excess of 80 hours per year, are entitled to sick leave.  Lastly, in NYC employers may not require employees to bring a doctors note unless the employee is taking off on three consecutive days for sick leave.

Federal and State Laws mandate attorney’s fees, Liquidated Damages, Costs and Interest to be paid to an employee that prevails in a wage and hour claim. 29 U.S. Code § 216 (i.e. Section 216 of the FLSA) provides, in relevant part, that the Court shall allow a prevailing employee to recover his reasonable attorney’s fees, as well as the costs of the action.  In that vein, courts across the country have held that an employee who “prevails” in an FLSA action shall receive his or her “full wages plus the penalty without incurring any expense for legal fees or costs. Bringing a claim for minimum wage or overtime violations will not cost the employee any amount since the attorney’s fees, costs and disbursements will be paid by the employer. As such, an employee should have no concerns about not being able to afford an attorney or pay for litigation when the matter involves wage violations.

Likewise, N.Y. Lab. Law §§ 198(1-a) mandates that “In any action instituted in the courts upon a wage claim by an employee or the commissioner in which the employee prevails, the court shall allow such employee to recover the full amount of any underpayment, all reasonable attorney’s fees, prejudgment interest as required under the civil practice law and rules, and, unless the employer proves a good faith basis to believe that its underpayment of wages was in compliance with the law, an additional amount as liquidated damages equal to one hundred percent of the total amount of the wages found to be due.”.

Employees/workers who sue for Minimum Wage, Spread of Hours or Over-Time violations can recover the gap between their actual pay and the amount they were supposed to be paid for the hours worked, as well as an equivalent amount in Liquidated Damages.  Liquidated Damages can be up to 100% which means for every $100 in pay that you are owed, you will recover a total of $200.

We are on your side. You and your family deserve better.  If you, or anyone you know has been paid less than the Minimum Wage or was denied Over-Time pay despite working in excess of 40 weeks, wasn’t paid the Spread of Hours differential for working in excess of 10 hours, or has not been provided the necessary pay-stub, pay notice, or have any other question about your employment, contact the Akin Law Group immediately at 212-825-1400 or at [email protected] and schedule your FREE consultation about any employment related matter.