Can a Volunteer Bring a Sexual Harassment Claim Against an Employer in New York & New Jersey?

Can a Volunteer Bring a Sexual Harassment Claim Against an Employer in New York & New Jersey?

While most people think sexual harassment requires a supervisor making sexual advancements against a subordinate that is not the only form. Sexual harassment also entails lewd comments or behavior by supervisors and coworkers.

Beatrice Lozada was a volunteer firefighter in Long Island in the early 2000s. While working at the Elmont’s Truck Company No. 1, Ms. Lozada was sexually harassed and to unlawful discriminated against because of her gender, her Hispanic ethnicity, and her marital status.

Ms. Lozada was regularly faced with crude remarks about her body from other firefighters. One lieutenant would slap her posterior and call it her “Badonkadonk” (a slang term for a curvaceous woman’s behind). The environment of the firehouse was also hostile due to the frequent presence of pornographic images on a television in the backroom. As a result of the harassment, Ms. Lozada felt “powerless and hurt,” she would avoid walking by certain members of the firehouse and was driven to dress and speak in a more unflattering fashion in an attempt to ward off her harassers.

In 2010, she discussed the unlawful sexual harassment she had been subjected to in a Spanish language newspaper. When the article was found, Ms. Lozada was threatened and cursed at by several members of the firehouse, including her Fire Chief. None of the allegations made in the article about harassment or discrimination were ever investigated by the firehouse. Ultimately, the sexual harassment, discrimination, and hostile environment she faced at her workplace caused her to transfer to Emergency Medical Services, which had a mainly female workforce.

In the New York Division of Human Rights decision, Administrative Law Judge Robert Tuosto awarded Ms. Lozada $60,000 in compensation for the mental and emotional suffering she sustained and found the Long Island Fire Department liable for the actions of its officers and volunteer members, and leveled a $25,000 fine against it for violating the New York State Human Rights Law.

Federal, state, and city laws prohibit sexual harassment, unlawful discrimination, and retaliation in the workplace. If you have been a victim of any of these unjust practices on the job, you may find yourself at a loss of how to fight back. Legal action is an effective way of combatting workplace harassment and discrimination, and is a means to receive compensation for the monetary, physical, mental, or emotional trauma you sustained.

The sexual harassment lawyers at Akin Law Group are passionate about fighting for employees’ rights, and are ready to discuss your case. Call 866.685.5163 to schedule a free consultation. 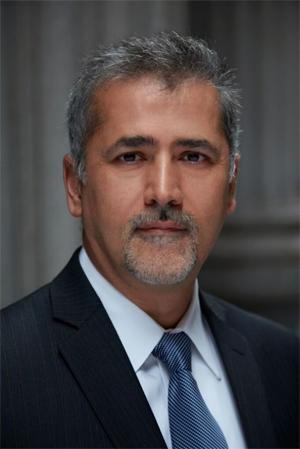 The labor & employment attorneys at the Akin Law Group, located in Downtown Manhattan (New York City), have a 24-year proven track record representing employees that have been subjected to sexual harassment, employment discrimination and Minimum Wage or Overtime pay violations. Being situated in the financial district, we are within an easy commute for clients in New York City (Brooklyn, Bronx, Manhattan, Queens and Staten Island), Westchester, Long Island and New Jersey.